Electric vehicles at the centre stage of Auto Expo 2023: Report 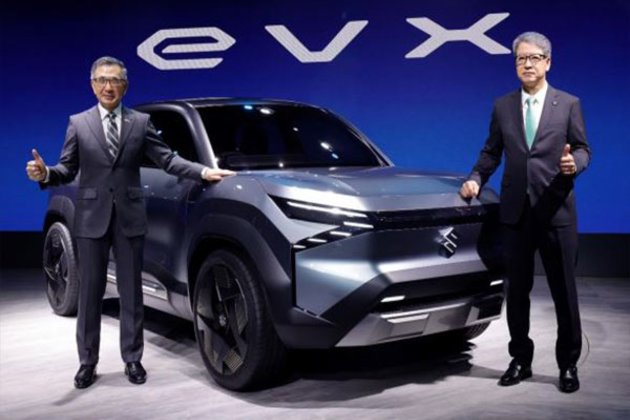 New Delhi [India], January 14 (ANI): The Auto Expo got off to a rousing start in the national capital on Friday, showcasing electric vehicles (EVs) by more than 70 domestic and international automakers.

Maruti Suzuki, a subsidiary of Japanese auto manufacturer Suzuki Motor, has the largest share in the passenger car segment in the Indian market.

According to the NHK World report, Suzuki Motor President Suzuki Toshihiro said electric vehicles have emerged as a viable option for vehicle owners and synthetic fuel and hydrogen are also new-age options in the automobile space.

He also stressed the importance of thoroughly considering customers' needs, the report said.

India's car population of 1.4 billion is expected to expand even further, according to the NHK World report.

Maruti Suzuki's latest concept EV was the main attraction at the event. The Sports Utility Vehicle (SUV) can travel 550 kilometres on a single charge and the manufacturer aims to put it up for sale by 2025 in the Indian automotive market, the NHK World report claimed.

Other manufacturers in the Indian auto space such as Tata Motors and South Korea's Hyundai Motor Company also showcased their EVs at the event.

As of December last year, New Delhi registered 7,046 electric vehicles with a year-on-year growth of 86 per cent. Since the launch of the EV policy, the UT registered 93,239 electric vehicles, of which two-wheelers contribute nearly 55 per cent of the total EV sales in the year 2022.

Transport Minister Kailash Gahlot, in a media address, said Delhi has always led from the front on the registration and sale of electric vehicles, making it the EV capital of the country and it is ready with the required private and public charging infrastructure with a total of 2300 charging points and 200 batteries swapping stations operating across the city.

Delhi's EV policy was launched on August 7, 2020, with 2-wheelers (2W) and 3-wheelers (3W) identified as the priority vehicle segment. (ANI)