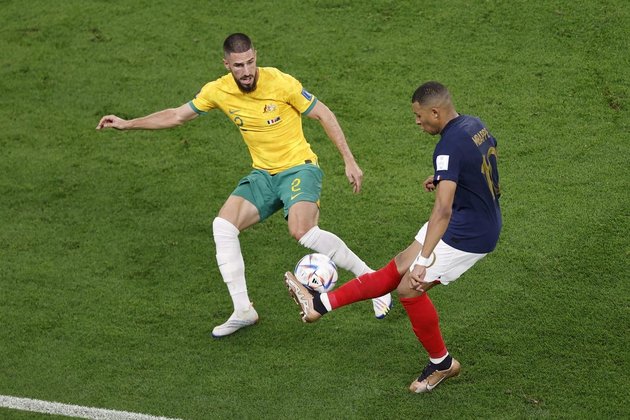 Ritsu Doan and Takuma Asano scored eight minutes apart late in the second half to lift Japan to a 2-1 victory over Germany on Wednesday in the first match of Group E play at the World Cup in Qatar.

Doan scored in the 75th minute and Asano in the 83rd for Japan, which received eight saves from Shuichi Gonda.

German midfielder Ilkay Gundogan converted a penalty to open the scoring in the 33rd minute.

The Germans nearly doubled the advantage just before halftime on an apparent goal from Kai Havertz, however the play was ruled offside.

Manuel Neuer made two saves for Germany, which will look to rebound against Spain on Sunday.

Japan will tangle with Costa Rica

Dominik Livakovic made two saves to help Croatia secure a scoreless draw against Morocco in the opener of Group F play.

Nikola Vlasic offered Croatia's best chance to open the scoring at the end of the first half. Morocco's Yassine Bounou made the save -- his only one of the match.

Morocco's top opportunity to dent the scoresheet was Noussair Mazraoui's header in the second half.

Croatia, the 2018 World Cup runner-up, will look for a better showing on Sunday against Canada.

Morocco will bid for its first win when it faces Belgium on Sunday.