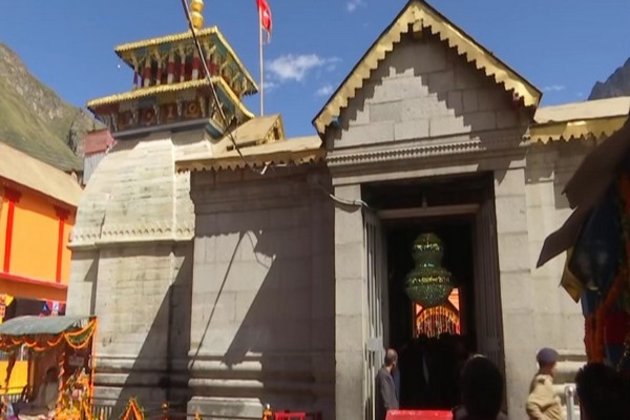 Singh is on a two-day visit to Uttarakhand from Tuesday to celebrate the festival of Vijayadashmi with the Jawans of the Indian Army.

https://twitter.com/ANINewsUP/status/1577528822747959296?cxt=HHwWgMCo7eWGweQrAAAAOn the occasion of the victory of good over evil, Singh performed 'Shastra Puja' at the Auli Military Station in Uttarakhand in the presence of Army Chief General Manoj Pande. He was also seen with the latest weapons and machines used by the Army in the forward areas.

He expressed confidence in the armed forces of the country and said that they are the "pride of the nation".

Singh's remarks came while he was interacting with the Army jawans deployed at the forward post located on the China border in Uttarakhand.

He performed the 'puja' to mark the celebrations of Vijayadashmi, which is celebrated to bid adieu to Goddess Durga representing a day that marks the triumph of good over evil.

According to mythology on this day Goddess Durga annihilated the demon god Mahishasura after a fierce battle that lasted for nine days.

The day is also celebrated to mark the victory of Lord Ram over the king of Lanka, Ravana.

Dussehra is marked with religious enthusiasm across the country. Ramlila, the dramatic folk re-enactment of the life of Lord Ram is staged for 10 days and concludes on Dussehra.

Effigies of the ten-headed demon king Ravana, his brother Kumbhakaran and son Indrajit are burnt with fireworks to signify the destruction of evil. (ANI)