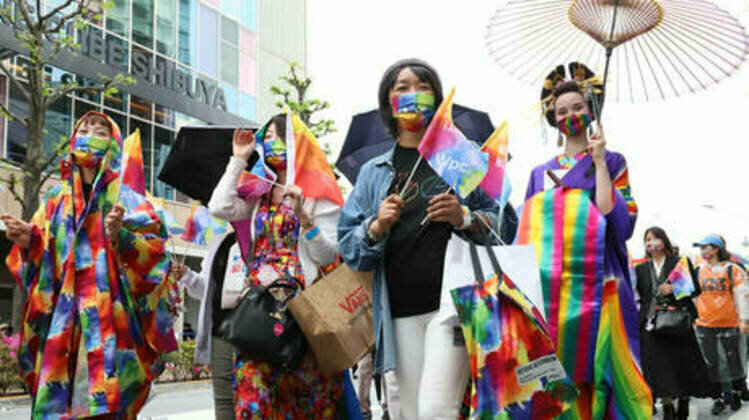 A district court in the city of Osaka ruled on Monday that Japan's ban on same-sex marriage was not unconstitutional, rejecting arguments made by three same-sex couples who filed the suit. The court also dismissed the plaintiffs' demand for 1 million yen ($7,400) in damages for each pair.

"From the perspective of individual dignity, it can be said that it is necessary to realize the benefits of same-sex couples being publicly recognized through official recognition," the court ruling said.

Still, the present legislation recognizing unions only between a man and a woman is "not considered to violate... the constitution," the court added, noting that "public debate on what kind of system is appropriate for this has not been thoroughly carried out." Japan's constitution establishes that "marriage shall be only with the mutual consent of both sexes."

The plaintiffs blasted the court's ruling, expressing fears that the decision would further complicate the lives of same-sex couples.

"I actually wonder if the legal system in this country is really working," said plaintiff Machi Sakata, who married her US-citizen partner overseas. "I think there's the possibility this ruling may really corner us," she added.

The rejected lawsuit was part of a coordinated action of filings by multiple same-sex couples in district courts across Japan back in 2020. The Osaka case is the second one to make it to a hearing. The first suit, heard by a Sapporo district court last March, yielded the opposite outcome.

Back then, the court ruled the same-sex marriage ban to be discriminatory and that the rights and privileges granted under marriage should "equally benefit both homosexuals and heterosexuals." The Sapporo court, however, did reject the plaintiffs' demand for 1 million yen in compensation from the government.

While Japan has a far more liberal stance on homosexuality than most of its Asian neighbors, it still lags far behind the West in this respect. Same-sex couples cannot get married legally, although several municipalities and prefectures issue rather symbolic same-sex partnership certificates. The certificates do not offer any legal recognition but provide some benefits, such as ensuring hospital visitation rights and helping with renting property.