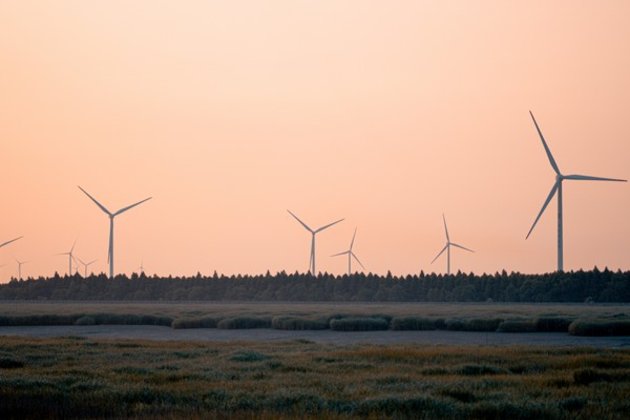 In an attempt to provide a more holistic perspective, a group of scientists from Ritsumeikan University, Japan analyzed the environmental impact of nuclear power generation through a less-considered measure--the volume of resources extracted from the lithosphere during the life cycle of this process.

Nuclear power generation is being promoted as an alternative energy source in order to mitigate the deterioration of the environment and the depletion of natural resources due to the use of fossil fuels.

The study focused on the mining methods, the nuclear reactor types, the type of uranium fuel cycle system used during nuclear power generation, and how these alter the process' environmental impact. They also assessed the different grades of uranium ore mined--a highly variable entity--and its effect on the total material requirement (TMR). This paper was made available online on 8 June 2022 and published in Volume 363 of the Journal of Cleaner Production on 20 August 2022.

Conducting a life cycle assessment (LCA) of any energy source is important to understand how it affects the environment. A lot of studies have, therefore, assessed the life cycle cumulative energy consumption and greenhouse gas (GHG) emissions related to electricity generated via nuclear power. However, most of these studies looked at the GHG emissions and the amount of energy consumed, which might lead to a less comprehensive assessment of the environmental impact and sustainability of electricity generated via nuclear power. For example, we are yet to understand the total resources used during this process.

"An LCA of the resource use for 1kWh nuclear power generation based on uranium was performed by analyzing TMR," says Associate Professor Shoki Kosai, the corresponding author of the study. "We looked at both open and closed fuel cycles, and three types of uranium mining methods: open-pit mining, underground mining, and in situ leaching (ISL), apart from other variables in nuclear power generation, for a thorough LCA." GHG emissions and natural resource usage were subsequently evaluated for these variables.

The researchers found that the TMR coefficient (indicating the mining intensity) of enriched uranium fuel was the highest, followed by nuclear fuel, reprocessed uranium fuel, mixed oxide (MOX) fuel, and lastly, yellow cake. The grade of uranium ore had a huge impact on the TMR coefficient as well, which meant that TMR varied significantly with different mining methods. In situ leaching had the lowest TMR. However, the mining method had a more significant impact on resource utilization as compared to its impact on GHG emissions.

"Maintaining a circular economy, even for resource use, is important. Our findings can assist policymakers in formulating long-term energy policies which consider electricity and power generation using nuclear power," concluded Dr Kosai. (ANI)