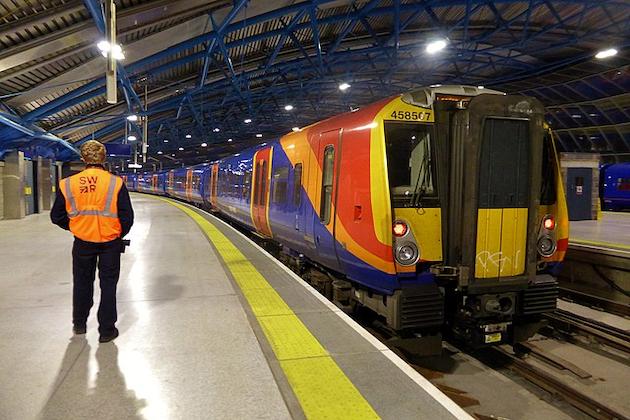 LONDON, England: Due to a nationwide rail strike planned next week for 21st, 23rd and 25th June, leaving only 20 percent of the nation's trains operating, UK passengers have been advised not to travel on trains unless necessary.

Network Rail said about half of all rail lines will be closed, and services that do run will only be available from 07:30 to 18:30.

"Make no mistake, the level of service we will be able to offer will be significantly compromised and passengers need to take that into account and to plan ahead and only travel if it is really necessary to do so," said Network Rail chief Andrew Haines.

Rural and district lines will be most affected by the strike action, and the finalized timetable is expected to show that the number of rail services will drop to around 4,500 from the normal 20,000.

Several large public gatherings could be affected by the strikes, including the Glastonbury Festival and a cricket match between England and New Zealand.

More than 40,000 RMT union members from Network Rail and 13 train firms plan to go on strike, which has been described as the "biggest rail strike in modern history" and will involve various railway staff, such as guards and signal operators.

RMT announced the strike action last week after talks over pay fell through.

Haines said talks with the union had "not progressed as far as I had hoped," so preparations had begun for a strike, according to Reuters.

In response, the RMT union said Network Rail plans to cut up to 2,500 jobs as part of a spending reduction drive worth 2 billion pounds, with the proposed job cuts including workers who maintain tracks, signals and overhead lines.

Due to the financial impact of the COVID-19 pandemic, the rail industry is under pressure to save money, while Network Rail stressed that it aims to modernize working practices.