South Korea's Alignment With US at Odds With China, Analysts Say 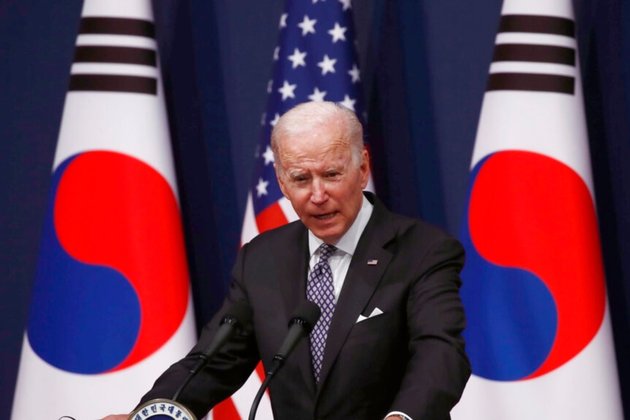 WASHINGTON - As a new South Korean government deepens the nation's economic and security ties with the United States, experts are warning that Seoul's long-standing relationship with China is likely to suffer.

Early evidence of potential strains was evident in remarks by Chinese Foreign Minister Wang Yi, who has been sharply critical of U.S. President Joe Biden's newly launched economic framework, a regional grouping that includes South Korea but not China.

'The United States has recently put forward a so-called Indo-Pacific Economic Framework (IPEF) and claimed to build a free, open and inclusive new order,' Wang said on Monday during a visit to Fiji. It was one stop on a swing through eight Pacific Island nations focused on securing wide-ranging trade and security deals.

'If it deliberately excludes China, the largest market in the region and beyond, how can it be inclusive? What the United States is actually doing is putting other countries in a frame of its own standards and rules,' Wang continued. Biden launched IPEF on May 23 in Japan, the second leg of his first Asian tour, after visiting South Korea.

Newly elected South Korean President Yoon Suk Yeol announced he would join the IPEF during a summit with Biden on May 21 in Seoul. In a press conference after the summit, Yoon said Seoul's participation in the IPEF was the 'first step' toward building 'a rules-based order in the Indo-Pacific' in concert with Washington.

Composed of 13 countries, mainly in the Indo-Pacific and East Asia regions which represent 40% of global gross domestic product, the IPEF, in part, is a U.S.-led initiative to build supply chain resilience based on fair trade, according to member nations.

During his summit with Biden, Yoon also expressed interest in joining the Quad - an informal security alliance among the U.S., Japan, India and Australia - which Biden welcomed.

A woman passes by a banner welcoming US President Joe Biden's visit near the US embassy in Seoul, South Korea, May 21, 2022.

At a May 24 Quad summit in Tokyo, which Yoon attended virtually, the leaders of the four member-states vowed to 'uphold the international rules-based order where countries are free from all forms of military, economic and political coercion.'

The Yoon government's decision to join the IPEF and its interest in joining the Quad are an effort 'to align' with the Biden administration in the 'struggle between democracy and autocracy,' said Daniel Sneider, a lecturer in East Asian studies at Stanford University. Yoon's position is 'a sharp shift from the previous government,' he added.

But under Yoon, South Korea appears more interested in deepening its ties with the U.S., a realignment that Grossman said 'is significantly increasing the odds' that South Korea and China are 'headed toward escalating tensions' in the next few years.

Beijing views the IPEF and especially the Quad as U.S.-led strategies to contain China's economic and military expansion in the Indo-Pacific and has voiced opposition to Seoul's participation. VOA's Korean Service contacted the Chinese embassy in Washington for comment and was directed to the Chinese embassy in Seoul, which has not replied.

However, in a signed April 27 op-ed in the Global Times, a Beijing-controlled news outlet, Lü Chao, director of the Institute of the U.S. and East Asian Studies at China's Liaoning University, said, 'If South Korea joins the quadrilateral mechanism to contain China in areas, including military, politics, and diplomacy, it will go beyond the China-South Korea strategic and cooperative partnership to undermine China's interests. We will not allow that to happen.'

Patricia Kim, a China expert at the Brookings Institution, said, 'Beijing has long bristled at moves to strengthen the U.S.-(South Korea) alliance and South Korea's efforts to plug into U.S.-led initiatives in the region.'

She continued: 'Chinese leaders have called on their South Korean counterparts to oppose exclusive regional groupings and may choose to use China's economic leverage to keep Seoul from aligning too closely with Washington and the Quad.'

Ahead of Yoon's announced membership in the IPEF, Wang warned against Seoul's 'decoupling' from China's supply chains.

US President Joe Biden, right, meets with South Korean President Yoon Suk Yeol at the People's House, May 21, 2022, in Seoul.

In a virtual meeting held with South Korea's Foreign Minister Park Jin on May 16, Wang said Seoul and Beijing should work together so that the two 'oppose the negative tendency of 'decoupling' and 'cutting off chains,' and maintain the stability and smoothness of the global industrial and supply chains.'

Also ahead of the Quad summit in Tokyo, Wang criticized the U.S. and Japan for holding the meeting, which Beijing viewed as anti-China.

Bonnie Glaser, director of the Asia Program at the German Marshall Fund of the United States, said, 'Beijing has harshly criticized the Quad and will not be happy if (South Korea) becomes involved, but it will probably voice its concerns in a way that sends a warning signal but leaves the door open for a positive bilateral relationship.'

Grossman thinks Beijing might respond with either economic retaliation or military exercises.

On May 24, when Biden was in Tokyo for the Quad summit, Chinese and Russian bombers and fighter jets entered the Korea air defense identification zone in the Sea of Japan and closely approached South Korea's airspace, prompting the South Korean military to deploy fighter jets.

Ellen Kim, deputy director of the Korea Chair at the Center for Strategic and International Studies, said Beijing was unlikely to 'single out South Korea' among the IPEF members and 'retaliate against the country.'

'But,' she continued, 'China's response to South Korea's future participation in the Quad could be different. South Korea needs a set of strategies that will enable the country to manage the potential risks in its relationship with China.'