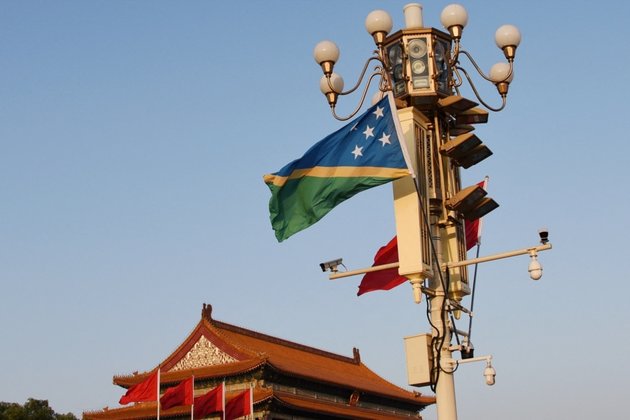 Sydney - The prime minister of the Solomon Islands, Manasseh Sogavare, has told parliament that a wide-ranging security pact it has signed with China will not undermine peace and stability in the region. However, the United States, Japan, New Zealand and Australia have expressed concern.

A draft of the deal leaked online said it would allow China to send armed forces to the Solomon Islands to protect Chinese investments. Chinese warships would also be permitted dock on the islands.

The archipelago is 2,000 kms northeast of Australia.

Its prime minister, Manasseh Sogavare, told parliament in the capital, Honiara, that under the agreement China will not build a military base in the island nation.

Canberra is concerned it will allow Beijing to establish a military presence within Australia's traditional sphere of influence.

Australian Foreign Minister Marise Payne says she was "deeply disappointed" the security accord had been signed.

She told the Australian Broadcasting Corp. that regional solutions to problems were the best approach.

"We firmly believe that the Pacific family is best placed to meet the security needs of our region and we have consistently said that, and, more importantly we have demonstrated that whether it is through the very significant exercise of the regional assistance mission to the Solomon Islands, or even more recently our response to the unrest in the Solomon Islands with our partners in New Zealand and Papua New Guinea and Fiji at the end of last year," she said.

Australia led a multi-national peacekeeping force to quell ethnic unrest in the Solomon Islands between 2003 and 2017.

Confirmation of the security deal between the governments in Honiara and Beijing has put regional security at the center of Australia's general election campaign.

The opposition Labor leader Anthony Albanese insisted that the Australian government's diplomatic "failures" would allow China to establish a military presence in the region for the first time.

Beijing said the pact would help it respond to natural disasters and maintain 'social order.'

A high-level American delegation will go to the Solomon Islands next week.

The United States said it will re-open its embassy in Honiara, which has been closed since 1993.