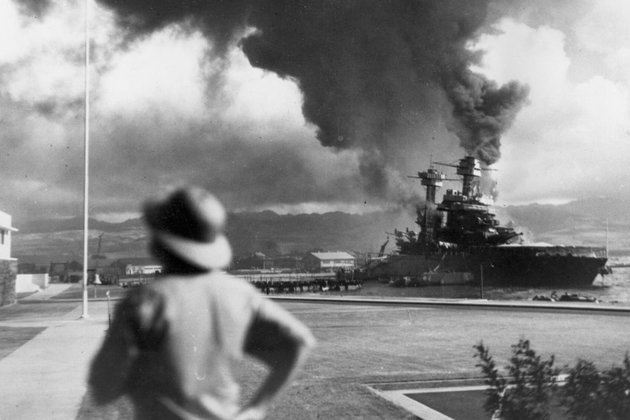 'December 7, 1941 - a date which will live in infamy,' is how then-U.S. President Franklin Roosevelt described the Japanese attack on Pearl Harbor, the American naval base near Honolulu, Hawaii.

Tuesday marks the 80th anniversary of the surprise strike on the U.S. Pacific Fleet that killed more than 2,400 service members and civilians, wounded about 1,000 people and destroyed almost 20 ships and over 100 aircraft in less than two hours.

The next day Roosevelt asked Congress to declare war on Japan and the lawmakers approved the move.

Just three days later, Germany and Italy, Japan's allies, declared war on the U.S. The U.S. reciprocated, entering World War II which had been raging in Europe for more than two years.

'I encourage all Americans to reflect on the courage shown by our brave warriors that day and remember their sacrifices,' U.S. President Joe Biden said earlier this month in a National Pearl Harbor Remembrance Day proclamation. 'I ask us all to give sincere thanks and appreciation to the survivors of that unthinkable day.'

About 40 Pearl Harbor survivors are expected to be among the approximately 150 World War II survivors scheduled to attend the event, which will be livestreamed.