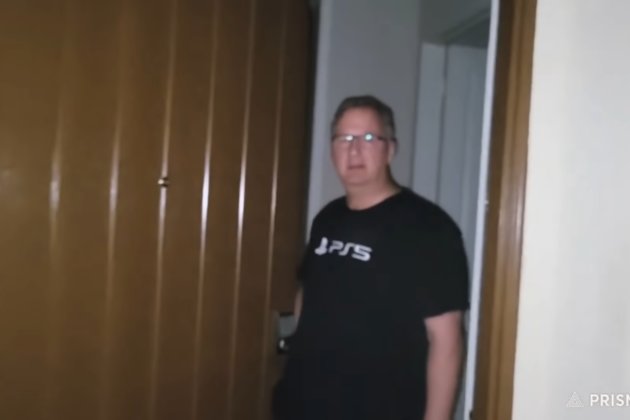 George Cacioppo, a PlayStation executive, has been fired from his job after an internet sting group published a video of him allegedly attempting to meet up with a decoy actor posing as a 15-year-old boy.

The YouTube channel of the vigilante group People vs. Preds published the video, which quickly went viral, as well as screenshots, messages and pictures that were allegedly exchanged between the decoy teen and the PlayStation engineer, who believed he'd met someone on dating site Grindr.

Sony was quick to act and terminated Cacioppo soon after the video went up. In response to tech news outlet CNET, the company emailed a statement confirming that the "employee in question" had been terminated.

In the video one of the members of People vs. Preds approaches the house of 64-year-old Cacioppo, who is waiting outside, presumably for his date, and can be seen wearing a PlayStation 5 t-shirt. After realizing he is being filmed, he goes back into the house, closes the door and refuses any further comments. The cameraman refers to the exec as 'Jeff,' apparently the name he'd used on the dating platform. The online activist then threatens to call the cops, while loudly accusing Cacioppo of trying to meet with a 15-year-old.

It remains unclear whether San Diego Police Department actually got involved. So far there haven't been any statements from either law enforcement or George Cacioppo himself.

Asked why the video was posted publicly instead of being brought to law enforcement, a representative from People vs. Preds told gaming site Kotaku that the police "doesn't' work with 'Cyber Groups' like us. That's when the internet takes over."