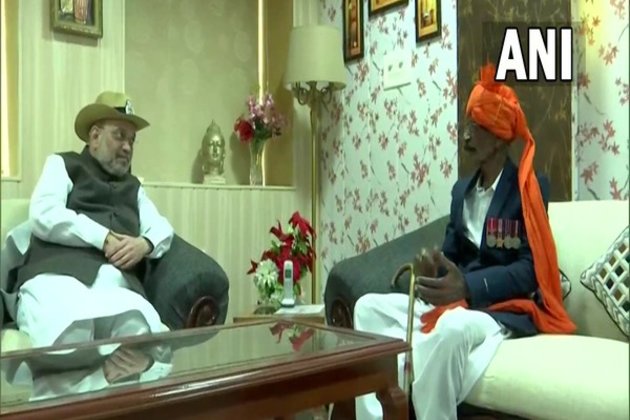 "I was privileged to meet the 1971 war hero Bhairo Singh Rathore, who was posted at Longewala during the war, in Jaisalmer today. Your valour and love for the motherland has created history and immense reverence in the hearts of the countrymen. I bow down to you," Shah tweeted.

Shah today addressed the 57th Raising Day of BSF in Rajasthan's Jaisalmer. He is on a two-day visit to Rajasthan.

He will proceed to Jaipur later in the day to address the BJP state working committee meeting.

During the working committee meeting today, BJP's organizational review, upcoming action plan, complete farmer loan waiver, electricity, health, education, unemployment, law and order, the strategy and mission of the movement among other things will be discussed in detail. (ANI)