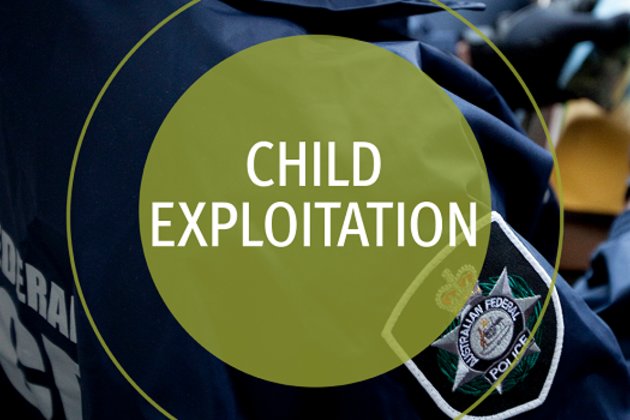 Police arrested and charged the Japanese national at a search warrant on Tuesday (23 November 2021) after allegedly linking him to a Google account from which hundreds of media files containing child abuse material had been uploaded.

Investigators from the Victorian JACET, which comprises AFP and Victorian Police officers seized three mobile phones, a laptop computer and a USB at his home on Tuesday. The digital devices will now be subject to further forensic examination.

"This investigation shows that the AFP and our international counterparts are working closely to tackle the rising global issue of child exploitation," Sergeant Fahey said.

"No one country can combat this borderless crime alone, which is why our international partnerships are crucial for law enforcement to not only identify the individuals and groups producing and sharing this abhorrent material, but to remove these vulnerable children from further harm."

The man has been charged with one count of possessing child abuse material accessed or obtained using a carriage service, contrary to section 474.22A of the Criminal Code Act 1995 (Cth).

The maximum penalty for the offence is 15 years' imprisonment.

He was bailed to appear before Melbourne Magistrates Court today (Friday 26 November, 2021).

The ACCCE is committed to stopping child exploitation and abuse and is at the centre of a collaborative national approach to combatting organised child abuse.

The Centre brings together specialist expertise and skills in a central hub, supporting investigations into child sexual abuse and developing prevention strategies focused on creating a safer online environment.

Members of the public who have any information about people involved in child abuse and exploitation are urged to call Crime Stoppers on 1800 333 000 or report online.

If you or someone you know are impacted by child sexual abuse and online exploitation there are support services available.

Advice and support for parents and carers about how they can help protection children online can be found at ThinkUKnow, an AFP-led education program designed to prevent online child sexual exploitation.

Use of term 'CHILD ABUSE' MATERIAL NOT 'CHILD PORNOGRAPHY'

The correct legal term is Child Abuse Material - the move to this wording was among amendments to Commonwealth legislation in 2019 to more accurately reflect the gravity of the crimes and the harm inflicted on victims.

Use of the phrase "child pornography" is inaccurate and benefits child sex abusers because it:

Every photograph or video captures an actual situation where a child has been abused.