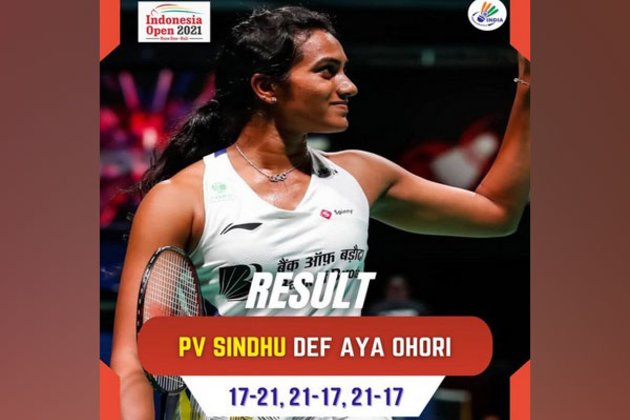 Sindhu went down in the first game, but she was able to rise to the occasion in the next two games, and as a result, she ended up winning the contest.

Earlier in the day, the mixed doubles pair of Dhruv Kapila and N Sikki Reddy lost to the Japanese duo of Kyohei Yamashita and Naru Shinoya 21-12, 21-7.

Later in the tournament, Sai Praneeth B will be going against France's Toma Junior Popov while Kidambi Srikanth will be squaring off against HS Prannoy. (ANI)