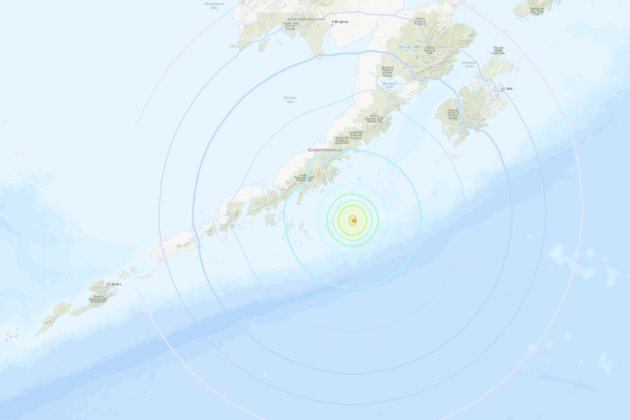 A magnitude 6.9 earthquake has shaken the settlement of Perryville on the Alaska Peninsula. The quake, which would have leveled a built-up area, struck a region rife with seismic activity.

The earthquake was reported by the United States Geological Survey (USGS) early on Saturday morning. The USGS rated the quake at 6.9 on the magnitude scale, a rating classified as "strong" and a fraction of a point below "major."

The earthquake struck just off the coast of the Alaska Peninsula, a thin trail of land and islands that sweeps out from the Alaskan mainland and into the Pacific Ocean toward Russia. The peninsula is sparsely populated, and the nearest town to the quake's epicenter is Perryville, a settlement of around 100 people, located roughly 85 miles (136km) to the northwest.

The peninsula is a seismic hotspot, and sits over the meeting point of the North Pacific and North American tectonic plates. It is home to multiple active volcanoes, and often sees major earthquakes. Late last month a magnitude 8.2 quake hit the same location that was hit by Saturday's tremor, and was followed by three aftershocks of 5.9, 6.1, and 6.9 magnitude. The quake was the largest to hit the United States since 1965, and the largest in world history since 2018. However, no casualties were reported.