Airliner on flight from Lahore to Karachi crashes

ISLAMABAD, Pakistan - ISLAMABAD - A passenger plane with at least 98 people on board crashed in a populated area minutes before its scheduled landing Friday afternoon in Pakistan's largest city of Karachi, destroying multiple buildings on both sides of a narrow street.

Rescue efforts were made difficult by huge plumes of dust, smoke and heat from the crash on an already hot afternoon, along with narrow neighborhood streets.

As darkness came late Friday, crews worked under floodlights to continue their search. The Sindh provincial health department said it had recovered 57 bodies. Officials said finding all the dead could take several days.

The Sindh health department said at least two people aboard the plane survived. It is not clear how many causalities were on the ground.

Multiple civilian and military rescue agencies arrived at the scene soon after the crash. Ambulances of nongovernment aid agencies could be seen evacuating the injured. Large crowds of locals also gathered around the site.

Sindh province Health Minister Dr. Azra Pechuho told reporters that 11 bodies and six injured people had arrived at Jinnah hospital in Karachi. She said four of the injured were stable, while two were badly burned.

"We're carrying out DNA tests to be able to identify the bodies. We have declared an emergency in all the local hospitals. It'll take time to evacuate everyone. We can't give the final death toll yet," she said.

Pechuho added that the province's health infrastructure was already in an emergency situation due to COVID-19, the illness caused by the coronavirus, but now they had put surgical units on an alert as well.

The Airbus A320 from the national carrier Pakistan International Airlines was flying from Lahore to Karachi when it crashed in an area called Model Colony.

Witnesses said the plane seemed to try to land two or three times before it went down in the poor and heavily congested area.

Video on social media appeared to show the plane with flames shooting from one of its engines.

Airbus did not immediately comment on the crash, which is under investigation.

"Saying anything right now would be premature. Our crew is trained to handle emergency landings. All my prayers are with the families. We will continue to provide information in a transparent manner," PIA spokesperson Abdul Sattar told local English language newspaper Dawn.

Pakistani Prime Minister Imran Khan tweeted he was "Shocked & saddened by the PIA crash. Immediate inquiry will be instituted. Prayers & condolences go to families of the deceased."

The plane had a capacity of about 160 passengers, but due to the social distancing guidelines linked to the novel coronavirus, the onboard numbers were kept lower.

Pakistan has a mixed civilian and military aviation safety record. A number of plane and helicopter accidents have occurred over the years, including the 2016 crash of a Pakistan International Airlines plane that killed 40 people. The deadliest accident happened in 2010, when an Airbus A321 operated by Airblue, a private carrier, crashed and killed all 152 people on board.

Friday's crash occurred as many Pakistanis were returning to their homes to celebrate the end of the holy month of Ramadan and beginning of the Eid al-Fitr festivities that break their fast.

PHENOM PENH, Cambodia - Scientists and environmentalists are urging an international moratorium on deep-sea mining after releasing a report indicating ...

BEIJING, May 28 (Xinhua) - China convened the "two sessions" after an over two-month postponement due to COVID-19 as the ...

PENRITH, NSW, Australia - A man has perished in a fire at an apartment complex in Penrith, at the foot ... 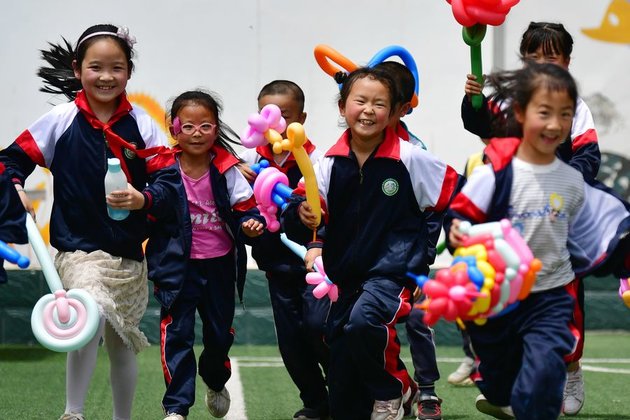 HANGZHOU, May 29 (Xinhua) -- AliExpress, a global online retail marketplace and part of Alibaba Group, announced on Thursday that ...

SYDNEY, NSW, Australia - Stocks in Asia skidded on Friday, and the U.S. dollar dived, as the relationship between the ...

PHENOM PENH, Cambodia - Scientists and environmentalists are urging an international moratorium on deep-sea mining after releasing a report indicating ...